Electrical outlets (also called plugs by some people) don’t last forever as most of us know. Electrical outlet repair can be one of the most single thing you can do for your home safety! So what makes them go bad or have issues? Well, these are the most common problems:

1. Circuit overload. Yes, that is too many appliances or devices being plugged into one circuit. Now, we all do this from time to time, but it does take its toll on the outlet itself. This could lead to total outlet failure because of too much current coming into the circuit by the demand of the “plugged-in appliance” and thus making the wires heat up. Insulation can then start to break down and possibly cause a total outlet failure or start the circuit for that outlet to have a Circuit overload.

2. An open circuit. An outlet can simply stop working if one of the wires that it was attached to “opens up” or gets detached from the outlet itself. This can be for several reasons, but if the outlet does get detached electrically from the circuit, it will stop functioning all together. Or, a non-functioning outlet can be caused by an original poor connection that ultimately becomes a loose wire and it stops making a connection to the circuit. Also, but rare, animals can chew on the wires and break the connection.

3. Short Circuits. If for any reason the two wires or a ground wire in the plug were to connect incorrectly, a short circuit will occur and this might result in the circuit breaker for that plug to trip. Again, this can be for several reasons; like a plug physical failure or too much current heating up the wires over a long period of time causing degradation of the insulation from the wires and allowing them to “touch”. This “touching” might result in tripping the circuit breaker and possibly the plug will no longer function.

4. Poorly installed. Poorly installed outlets or outlets that are exposed to exterior elements can corrode or even be defective from the very start. Outdoor “weatherized” plugs can fail due to being poorly installed or the weather seals failing. Also, they can sometimes operate for a while, but then because of substandard components being used by low cost manufacturers, they might possibly fail in the future.

5. GFI plug repairs. There is a type of electrical plug called a “Ground Fault Indicator” which is usually used in bathrooms, kitchens, garages, outside, and anywhere there might be water contact. These plugs are specially designed to sense a short circuit, or the beginning of one, and trip its local plug contained device; the end result is that the GFI plug stops working. It is highly recommended to never use a GFI plug for an appliance or device that requires continuous use, such as a refrigerator in the garage.

Electrical outlet repair can be a very important service for your safety.  If you have any questions about your electrical outlets or the repair of them, please feel free to contact Hill Electric at (760)-772-1770 or use our email form on the right side of this page. 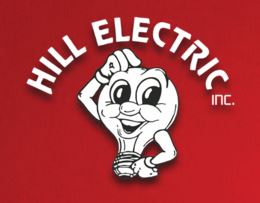 We provide the following services: